I Guess All We Have is Freedom

A book I'm basically twiddling my thumbs in anticipation waiting for is I Guess All We Have is Freedom - stories by Genpei Akasegawa translated by Matthew Fargo and published by Kaya Press.

But in the meantime here's a link to the book's details -

I Guess All We Have is Freedom at Kaya Press

I'm a little late on this but I thought I'd post a link to this project from Granta that was due to be put out at the same time as last year's planned Tokyo Olympics, but things have turned out very differently. Hope that you are well and find this of interest.

The Kingdom That Failed

translated by Jay Rubin, The Kingdom That Failed by Murakami Haruki is available to read at The New Yorker - 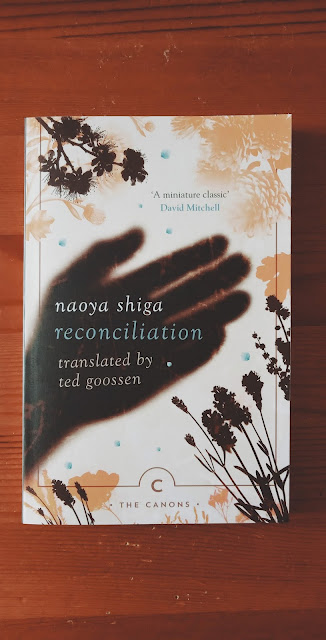 pleased to pick up a copy of reconciliation by Naoya Shiga recently published by canongate and translated by Ted Goossen. very much hope I can add a more in depth review in the near future. contemplating my blog recently, there's the pull to perhaps add an additional twitter account as time has been an obstacle for me, although with my blog I've hoped to avoid it from slipping into the somewhat rewardlessness slipstream of social media, it's something I've wanted to sidetrack with my reading. that said this book despite it's translator has drifted off certain American places/radar, so hopefully I'll come back with a fuller review.
Posted by me. at 17:48 No comments:

Yukio Mishima - The Death of a Man

A book I'm much looking forward to and one I'll add to the list of titles for this year is Yukio Mishima - The Death of a Man published to commemorate 50 years since the author's passing. With photographs by Kishin Shinoyama. As of yet I can't see details of the translator, the book is published by Rizzoli. The Death of Man at Rizzoli USA https://www.rizzoliusa.com/book/9780847868698/
Posted by me. at 09:15 No comments:


From one list to another, a quick, albeit a little late,run down of books I managed to read last year, apologies I'll not list translators or publishers, but obviously many thanks to them for their endeavours, happy reading in 2020.

A list in progress of books I'm looking forward to -

Where the Wild Ladies Are - forthcoming

Beginning to look ahead to the new year, its perhaps time to compile a list of forthcoming titles, among them would be a couple from Tilted Axis Press who are set to publish U.K editions of Ito Hiromi's Killing Kanako along with Wild Grass on the Riverbank translated by Jeffrey Angles (here). As well as this comes the novel Where the Wild Ladies Are by Matsuda Aoko translated by Polly Barton, (here), click through the publisher's page to find a link to one of the stories included 'Smartening Up'.
Posted by me. at 09:47 No comments:

The Ten Loves of Mr Nishino by Hiromi Kawakami 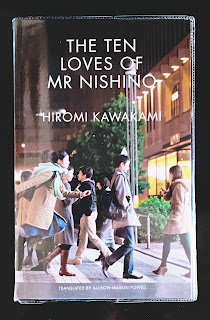 It's great to see a couple more titles by Kawakami Hiromi appearing in translation in the not so distant future, Parade, a companion piece to Strange Weather in Tokyo is due in November by Soft Skull Press, translated by Allison Markin Powell and then next year Breasts and Eggs, which was awarded the Akutagawa Prize is due to be published by Picador, at the moment I see the translation is listed as being from both David Boyd and Sam Bett. Recently published in the U.K by Granta is The Ten Loves of Mr Nishino, translated by Allison Markin Powell, it feels simply mind boggling that nine years have passed since first reading Manazuru and thanks mainly to Allison Markin Powell we've read more in the time between.

Reading The Ten Loves of Mr Nishino the structure of the book brought to mind Revenge by Ogawa Yoko, as in some ways reading the chapters it feels like that they could be read as individual short stories that make up the whole novel, perhaps with Revenge the book is more thematically arranged and here it's more concentrated on character. That said, as much as the central character is the rather enigmatic Nishino-san, womaniser or socially awkward?, there's the balance that the book is equally presenting ten chapters exploring the lives of the ten women who fall in and out of love with him. The prose in The Ten Loves of Mr Nishino is more straight forward story telling as compared to Hebi wo fumu . Over the ten chapters, there's a connection between a couple here, as well as being given portraits into the lives of the women, we take in the life of Nishino Yukihiko, it feels that we get snapshots of his life as the relationships with the ten women occur over various points of his life, and indeed slightly beyond. An aspect due for contemplation is in as much as the narrative tells us a little about Nishino, thinking about what we don't know is of equal interest.

Perhaps a striking element of the book is the amount of sex to it, not a massive amount maybe by other standards, but unsurprisingly it's central to most of the relationships which somehow is an interesting comparison to make with media reports that Japan is becoming increasingly sexless, or has issues with sex, perhaps this is mere media hyperbole, and maybe the book appeared before this recent social observation took hold, or came into fashion.

Through out the prose feels pitch perfect, there are moments of harshness and softness from character to character, it's not until perhaps the chapter Grapes that Nishino comes under the harsher criticism, and in the previous chapter Marimo, Kawakami finishes of the chapter with a poignant scene of dimming sunlight and the encounter with Nishino coming to an end for Sayuri Sasaki, who it feels is caught in a loveless marriage and perhaps in a single statement after meeting Nishino at an Energy Saving Cooking Club sums up the slightly pitiable Nishino - 'I forgave Nishino his past, I forgave Nishino his present and I forgave Nishino his eternal future'.

The Ten Loves of Mr Nishino at Granta Books