Stories of Time and Space in Japanese Modernist Fiction, 1911-1932 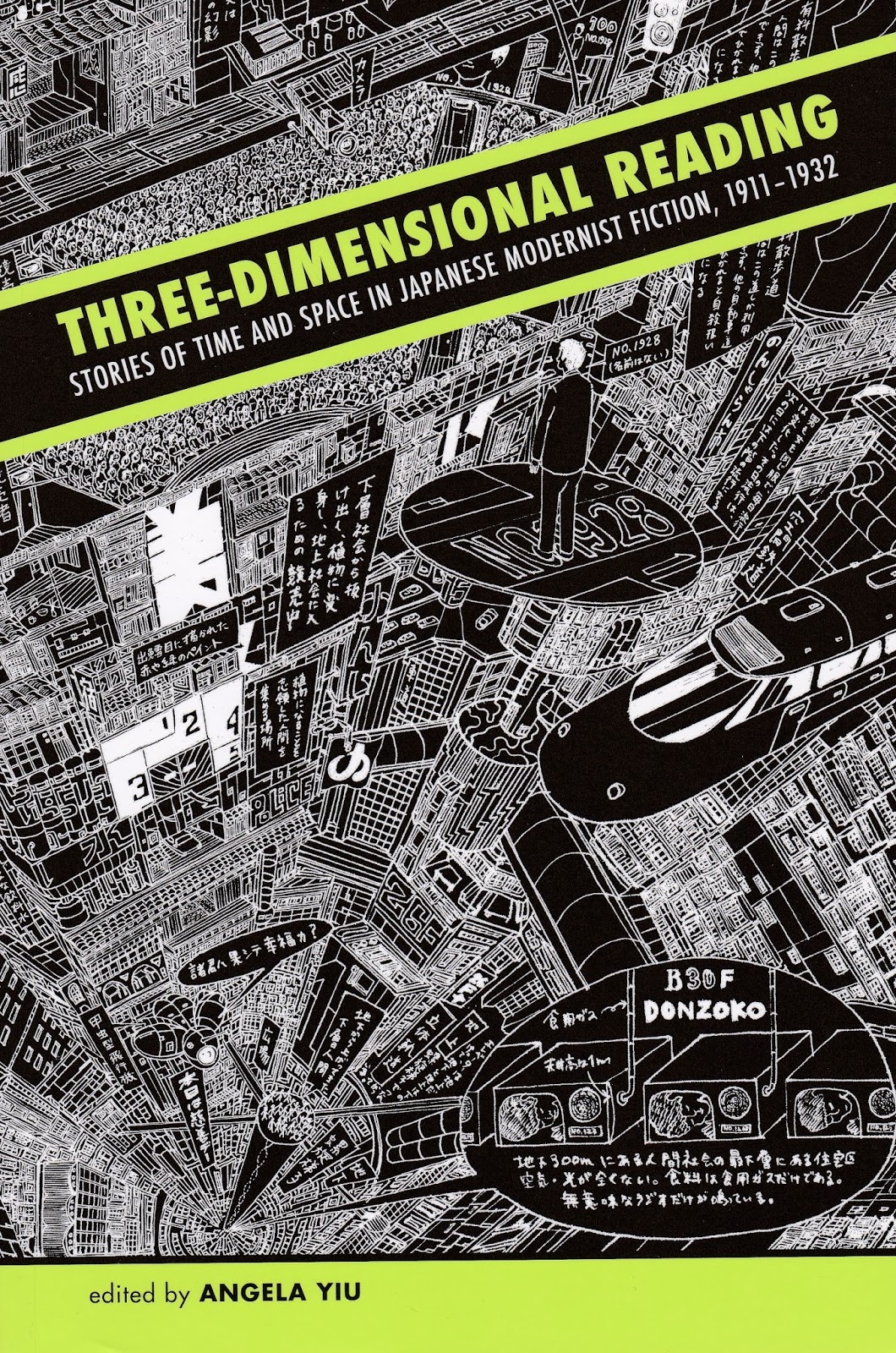 Simply put this anthology contains some essential reading, aside from one story, Yokomitsu Riichi's The Underside of Town, the stories here are firsts seen in English translation, Three Dimensional Reading comes with the subtitle: Stories of Time and Space in Japanese Modernist Fiction, 1911 - 1932, so the time line is set primarily across the Taisho era along with a small overlap with late Meiji and early Showa, the anthology is also accompanied by some remarkably detailed and imaginative artwork by Sakaguchi Kyohei. The spaces concerned vary in nature over the stories, external, internal, and with one situated in colonised Korea, many of them it could be said are Tokyo-centric, the anthology brings pieces together by well known names of the age such as Soseki, Kawabata, Akutagawa, Tanizaki, as well as some who are lesser known in English, in particular a story that I was looking forward to reading being Hori Tatsuo's Aquarium, from 1930, translated by Stephen Snyder, a story of an obsessive lesbian love, after recently reading Hori's later short story Les Joues En Feu, (1932), which is also a nuanced psychological study of a same sex love triangle set in a boy's high school dormitory, Aquarium has a more subjective feel, and of being a tale related rather than being from an internal psychological viewpoint.

Edited by Angela Yiu, who also translates a number of the stories the book is divided into three segments each highlighting a particular theme - Scenes of the Mind, Time and Urban Space and the third part being Utopia and Dystopia, each of the stories are accompanied by fully comprehensive introductions by Yiu. All coming under the umbrella of being examples of modernism the stories do vary stylistically, Yiu's translation of Yokomitsu's Machi no Soko does reflect the story's more abstract elements to slightly further degree than perhaps the previous one by Dennis Keene, abstraction is something that can also be seen in Ryutanji Yu's Pavement Snapshots, translated by Alisa Freedman and Angela Yiu, a story which in a way resembles Yokomitsu's Machi no Soko as it offers a city view, although where Yokomitsu's is at times more panoramic, Yu's is more quick fire in it's representations although remaining multifarious in it's scope. An interesting aspect throughout some of these stories is the points of overlap between them, authors referencing each other or each others works, another aspect which is curious to note is the absence of any female voices within the collection.

The temptation is there to give a synopsis of each of these stories, each of which carry their own unique perspectives, Tanizaki's A Golden Death, translated by James Lipson and Kyoko Kurita, is a story that first appeared in 1914, which reads as being an inspiration for Ranpo's Strange Tale of Panorama Island, (1926), which sees the narrator in a protracted disagreement with his school friend, the son of a wealthy family on the aesthetics of beauty, as in Ranpo's Strange Tale, the story features the building of a fantastical theme park complete with living statues and interpretations of famous, (predominately Western), artworks, Mishima criticised the story. Sato Haruo's A Record of Nonchalant, translated by Yiu is a fantastical dystopian vision which astonishes when pausing to consider it was written in 1929, set in the twenty ninth century the story conveys the injustices and prejudices of a tiered society, between the haves and the have nots, daylight and the air that you breath are commodities under strictest control in this subterranean world turned on it's side, in some ways it could be seen that the story in some ways could have served as an inspiration for Abe Kobo's 1949 story Dendrocacalia. Inagaki Taruho's Astromania, translated by Jeffrey Angles is another story that bears witness to a subtle convergence between East and West which sees two young friends construct a diorama. A fascinating and informative collection offering highly valued perspectives on modernist literature of the period.